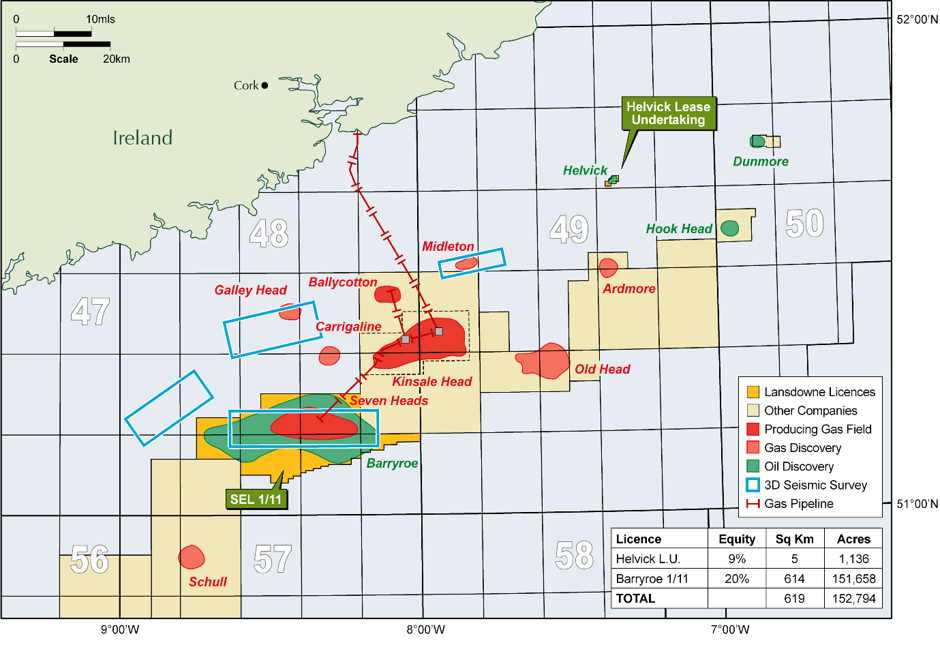 Exola DAC as operator of Barryroe has recommenced the farm-out process and a number of companies are actively assessing the field data.

Part of the Barryroe acreage lies beneath the Seven Heads Gas Field, with the boundary between the two concessions lying at 4,000ft (approximately 1,250m) sub-sea.

The reservoir sands in the Barryroe Field lie in the Lower Cretaceous Wealden sequence.

The original discovery well on Barryroe, 48/24-1, was drilled by Esso in 1973 and tested oil at an aggregate rate of c. 1,300 barrels per day from sandstones in the Middle Wealden.

A third well, 48/24-3, was drilled by Marathon in 1990 and this tested oil from the Basal Wealden sandstone at an aggregate rate of 1,619 barrels per day. 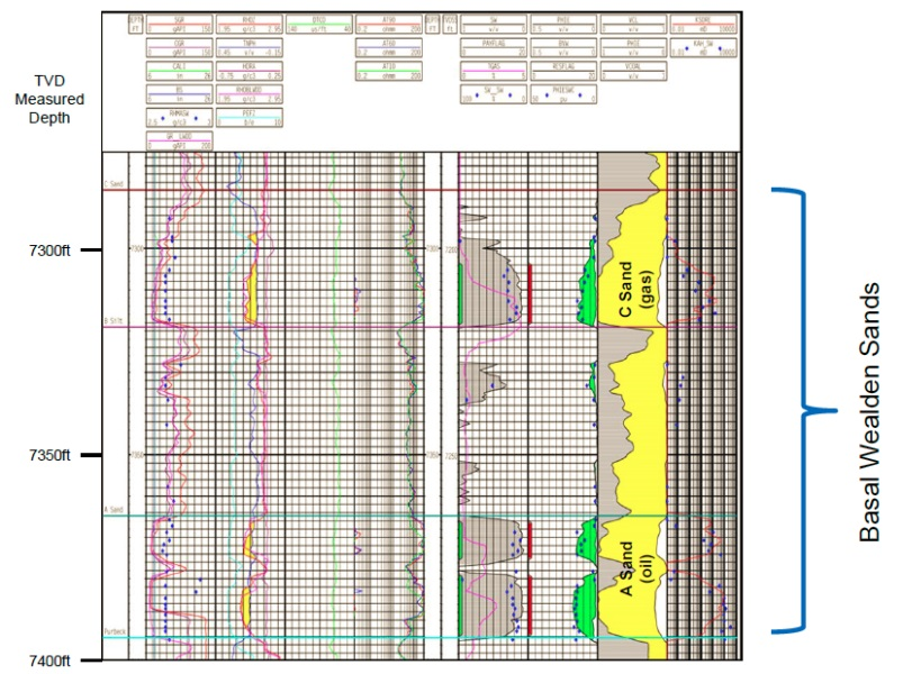 The A Sandstone was tested and flowed at a rate of 3,514 barrels of oil per day and 2.93 million standard cubic feet per day of gas (combined giving a total rate of c. 4,000 barrels of oil equivalent per day). The oil is light, 43 degrees API, with a wax content of 17%.

Following the successful testing of the A Sandstone, the C Sandstone was also perforated, and a combined test was run over both zones.

This second test flowed at a restricted rate of 7 million standard cubic feet per day of gas, and 1,350 barrels of oil per day (2,516 barrels of oil equivalent per day).

The C Sandstone proved to be highly productive and modelling of the pressure data indicated that a co-mingled flow rate of 17 million standard cubic feet per day and 3,350 barrels of oil per day (6,183 barrels of oil equivalent per day), should be achievable from the 10z well at a flowing well head pressure of 500 pounds per sq. inch. 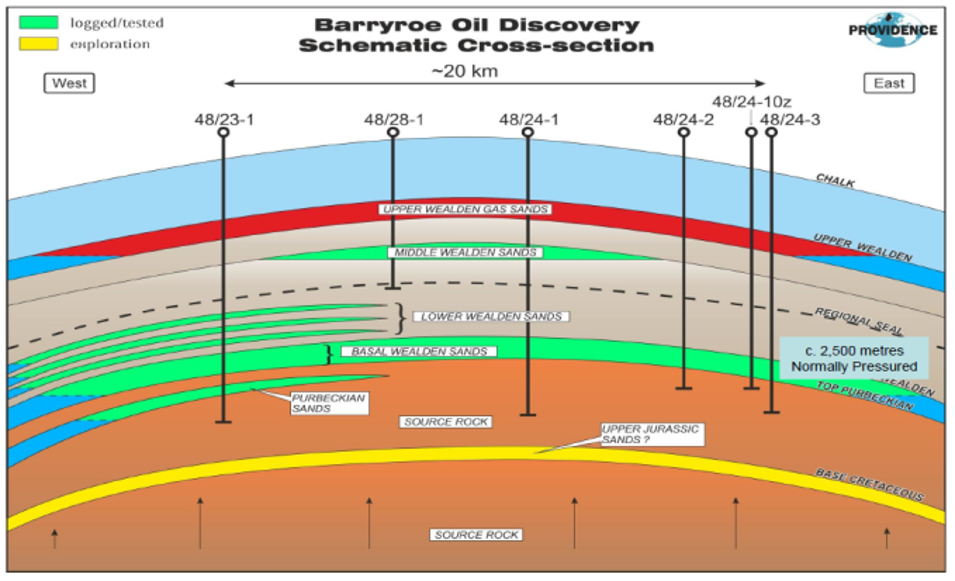 Further incremental resource potential has been identified in logged hydrocarbon bearing intervals within stacked Lower Wealden and Purbeckian sandstones which Providence has previously estimated contains total associated P90, P50 & P10 in place oil resources of 456 MMBO, 778 MMBO & 1,165 MMBO respectively. As there is currently limited reservoir and well test data available over these two intervals, future well data over these specific zones would be required in order to firm up their associated final recoverable resource estimates.

Scroll to top
This website uses cookies. You can manage or block these using your browser settings.Accept Read More
Show Again

This website uses cookies to improve your experience while you navigate through the website. Out of these, the cookies that are categorized as necessary are stored on your browser as they are essential for the working of basic functionalities of the website. We also use third-party cookies that help us analyze and understand how you use this website. These cookies will be stored in your browser only with your consent. You also have the option to opt-out of these cookies. But opting out of some of these cookies may affect your browsing experience.
Necessary Always Enabled

Any cookies that may not be particularly necessary for the website to function and is used specifically to collect user personal data via analytics, ads, other embedded contents are termed as non-necessary cookies. It is mandatory to procure user consent prior to running these cookies on your website.